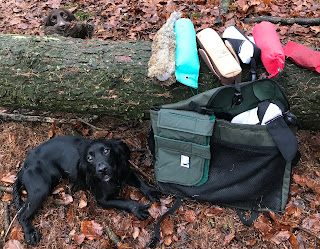 This week we visited Lee and Victoria at the Breckmarsh Kennels to discuss our Christmas Plans.

While we were there we went out to look at Lee's latest litter of pups and I asked him how he starts the initial training with them.

I was intrigued to see how Lee starts training his young dogs and hopefully pick up a tip or two. With many of us having brought new pups this year, including myself, a little one-to-one training from Lee was never going to hurt!

This is what Lee had to say:
“The training equipment you choose to use with your dog is a matter of preference really, but there are a few key items that we use at Breckmarsh Gundogs, which we find work well for a variety of situations and training levels.
1) Generally, we start with a tennis ball. We encourage our young dogs to retrieve a tennis ball with the emphasis on working towards a calm delivery. There are occasions during training, however, when an alternative to a ball, such as the Dog andField puppy dummy is useful to over…
5 comments
Read more

A NEW ERA... Complete Nutrition for Your Dog 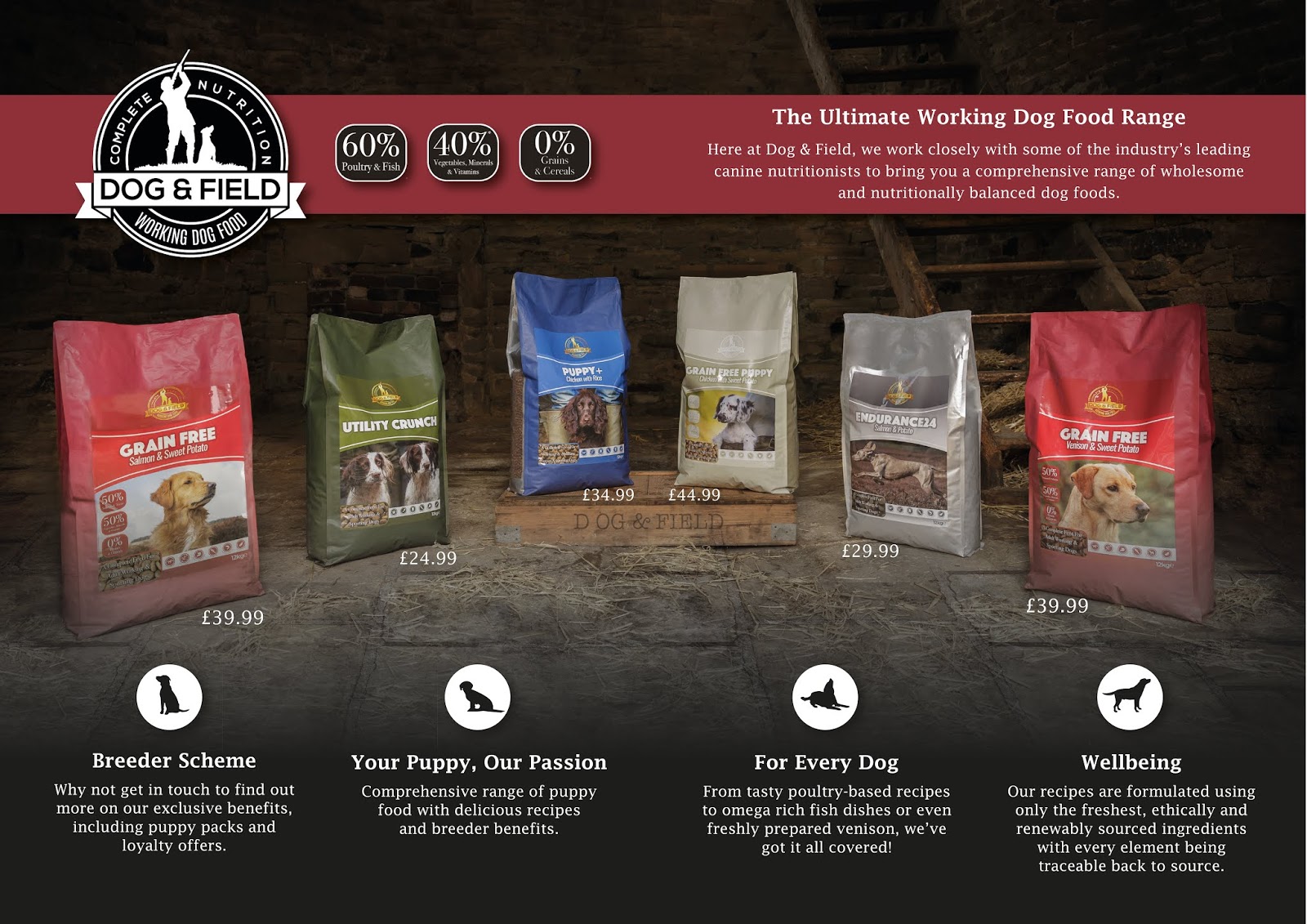 At Dog and Field Ltd we have been working closely with some of the industry’s leading canine nutritionists to finally bring you a comprehensive range of wholesome and nutritionally balance dog foods. We strive to offer the very best for your deserving companions and we don’t produce or sell anything that we wouldn’t feed our own dogs.
Our recipesare formulated using only the freshest ethically and renewable sourced ingredients with every element being traceable back to source.
Why now?With us its personal. Having established a solid business in providing high quality dog training equipment and accessories the progression to canine nutrition was a natural one. With a huge passion for our dogs and their well-being it rapidly became our mission to provide a healthy and nutritionally balanced dog food worthy of our own high standards.
We have something for every dog!Our extensive range of dog foods which include our signature Grain Free range, offering highly palatable and digestible dry f…
3 comments
Read more

The Weekend That Saw The Trialling Community Come Together 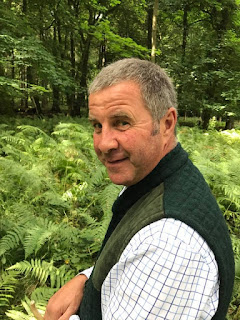 The weekend that saw the trialling community come together.

So the sad news has filtered down the grapevine over the last few weeks, Richard Preest a well thought of man who has been an asset to the trialling community for the last decade has had a severe stroke paralysing him from the neck down, leaving him unable to speak and in a very uncertain way in hospital.

Starting his own line of Centrewalk cocker spaniels and reaching the heights of a championship win in 2016 Richard has had a lot of success with the cockers, namely FT Ch Centrewalk Daydream, Moonshell, Sweep and Piccolo. Richard hasn’t been shy in donating his time to judge trials and being an avid member of his local gundog club, Bristol and West Working Gundog Society, he is well liked among his peers. 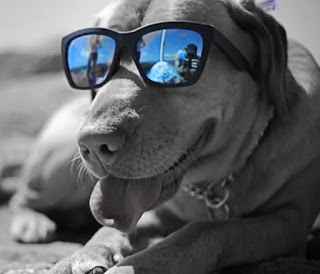 "Yippee" we all cheered the Winters gone.  Those wretched freezing days I thought were staying forever. Now Summer has finally arrived. And it’s a corker! Do we dare moan, or should we make the most of it and make sure our beloved dogs do too?
The warm, sunny weather of summer is welcomed by most of us, but it isn't always good news for pets and working dogs. It is that time of year when many of us are trailing and partaking in working tests.  Also we will be training in the evenings getting ready for the shooting season. Whatever you guys are doing, we'll all be travelling up and down the country daily, as we want to enjoy our Summer. Shorts will be on and summer hats too and yet have we made the same provisions for our dogs to stop the likelihood of overheating in them?
Every year dogs are put down due to overheating. Many owners are deeply shocked at how their lack of knowledge regarding overheating is the main cause of this happening to their pet. By following a few h…
Post a Comment
Read more 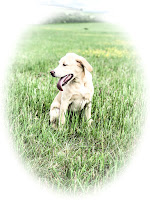 The long evenings are here and we want to get some prime puppy time in. Our new best friends, our puppies, are keen to be with us so why not get your place board out and start your basic sit and stay training. Rewarding them all the way.
Also get your training dummy at the ready for those little moments of extra fun when you can throw out a cheeky dummy and see IF they will retrieve and get back on your trusted board!

This is just the start and can be just 10 minutes a day.

OUR TOP 5 TIPS...
1. Do not wait to train your puppy. Do not wait for the behaviour problems.
2. Get the place board in asap – it helps with sit from an early age and is great to get your pup to focus and to stay for their praise and their treat. Ava loves hers!
3. The place board will also be key in the long term with delivery and looking up and focusing upon you.
4. Dogs love to be rewarded for good behaviour! Never Stop this, keep eye contact and fuss, fuss, fuss, to keep their confidence growing
5. Have fun, be posi…
2 comments
Read more 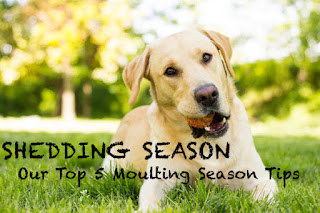 It is shedding season...

Just when you get over the continuous damp dog drying off in the kennel or kitchen, we now find ourselves battling this seasons adventure, our ‘best friends’ seasonal shed.

Spring is here and so our dogs need to shed some hair and boy doesn’t the Lab do this by the bucket load!
You are never truly prepared for it especially, when you get your first Labrador in the house, however when you are like us and have a few Labradors, it is always best to be prepared.

In any grooming kit a ‘slicker brush’ makes it a much more pleasant chore. The Labrador coat seems to never stop shedding and so to help you not feel you are always out with the vacuum, a good brush with one of these is a must.
WHY ALL THIS MOULTING? Most animals have two ‘moults’. The Spring and the Winter moult. The Spring moult is when the thick coat is being replaced by the new sleek, lighter summer coat.
The Labrador has what is called a ‘double coat’ the glossy outer layer, the waterproof one and the u…
2 comments
Read more 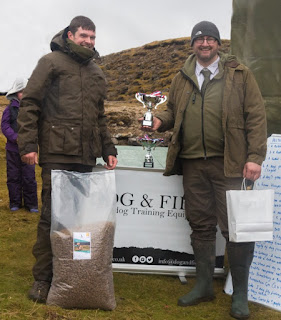 On the 31st March, bacon roll in hand, The Dog and Field Team set off to steward and help run The Yorkshire Dales Moorland Groups Inaugural Hector Kirk Charity Cup Event. To say it was slightly wet would be an understatement. The rain/sleet came at us sideways all day and so the 55 dogs, competitors and spectators (over 100 people) had a day to remember and contend with! However we did it and wow what a success, I had a fantastic day.
We wanted to say a huge Well Done and Thank You to Sonya Wiggins the Coordinator of YDMG. The day ran smoothly and we loved being part of the prize team to show what dedication is being put out there to educate children about the array of plants and animals found on our rural doorstep.
We started with a briefing from the Head Gamekeeper, Mr Wiggins, of Conistone and Grassington Estate, Sonya Wiggins Husband. The day consisted of 3 retriever and spaniel tests which to add a bit of spice, were set up by members of our very own current England Retriever Te…
1 comment
Read more
More posts